Switching hotcams + pistons back to OEM

Switching hotcams + pistons back to OEM

I recently acquired a BRP (

) and am in the process of giving her the due TLC and maintenance she needs. The previous owner(s) had plans to race her at the track and so installed cams (not sure which one) and high comp pistons. They said she was "tuned for high rpm" but during my test drive she broke up at WOT, probably because of the 178 mains I found... She also likes to cut out randomly during idle and hunts for rpm, climbing higher and higher until I clutch a bit to bring it down. I should also mention I found the 68S pilot already installed.

I bought the bike regardless, it was a deal I couldn't pass up. My plan is to put the OEM pistons and cams back into the bike. I like OEM Honda reliability before power. Luckily the PO included a box of parts and the original cams+pistons.

My question now is if there are any write ups on how to replace the aftermarket cams+pistons with OEM. I have never done internal engine work before, best I've done is drop subframes on cars and remove/replace smaller parts. I'm fairly confident I could do it with some guidance, but I still have a lot of questions like if I should sent the cylinder/head somewhere for machining, or go with new pistons/cams altogether. What tools would I need, and what gaskets?

Anyways thanks for taking the time to read this and if you have any thought on the subject, please give me a comment. 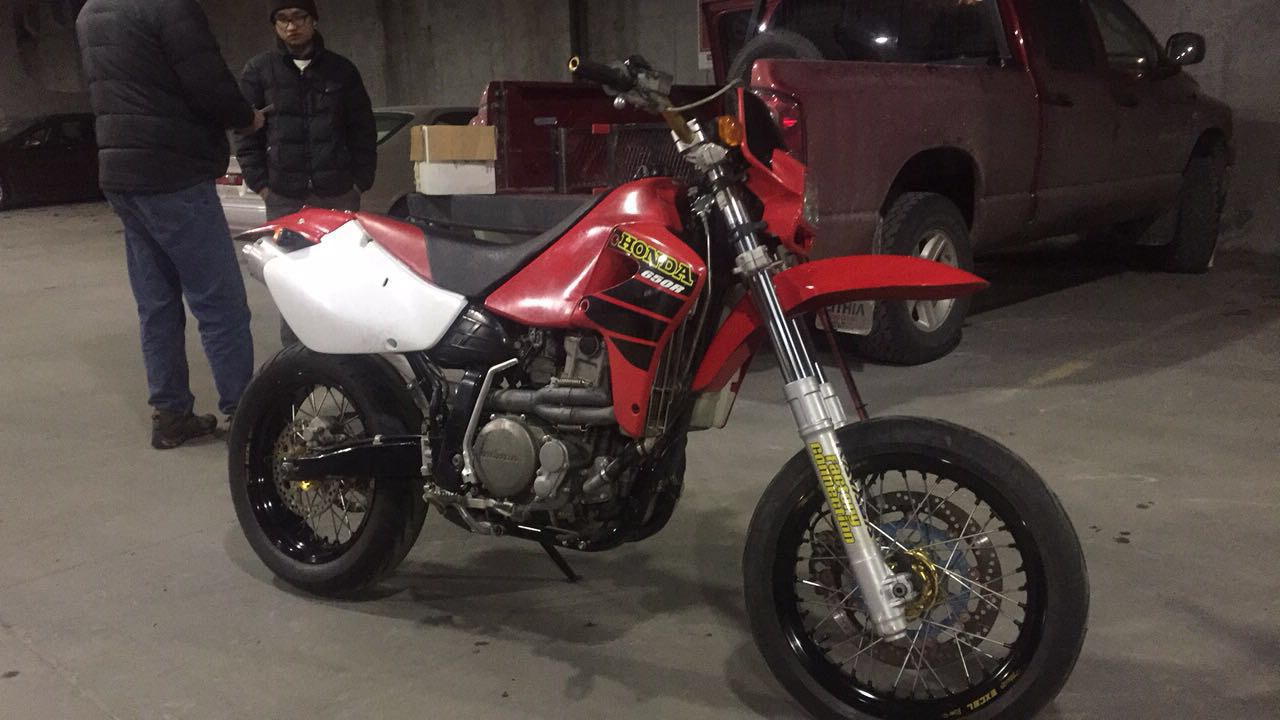 Best advice I can give you is to get a manual and follow the stripdown and assembly step by step. Don't force anything apart or together as there may be something stopping them, take your time and if it is not going right keep believing you will sort it out because you will.
Good luck, eloectronic copies of the Honda manual were about some time ago, not sure now.
PS. That bike is far too clean.

Thanks @Hew! I think im gonna try and invest in a hard copy of the factory service manual. This might have to be a project for the winter and im gonna ride her as is for summer. Gives me more time to prepare and do more research.

And yea the bike looked a lot better than i expected. The ad listed it for $2300 and the guy was 2 hours away. But once i made the journey and saw it, i offered him $2000 on the spot and we both agreed to the price. Besides from the aftermarket cams and high comp pistons, it also has black powder coated frame, the excel 17" moto wheels, big brake kit, stainless steel lines, pro taper bars, and some other go fast parts since the owner wanted to track it. The bike never made it to the track tho it seems since the guy stuck with his 600 racin series. So here i am with an outcasted machine planned to be raced but left ignored in a corner.

For the price i paid tho i think this is the bike that i want to keep for a long long time. Trouble is though the damn cammwont let the bike idle correctly methinks

Similar topics
» Left Back Needed
» Otis Gowa - Is he back in QLD?
» I'm Back -Trailer = A documentary of Rod "Rambo" Lenette
» Rudisha back to run in Sydney & Melbourne
» Pitbull tires push back date