I'd like to introduce myself, my name is Ash. Its been a while since I've owned an XR650R but am keen to get another. I bought a brand new one in 2001 when I was working in a Honda dealer. I owned it for two weeks and did 796km's before being hit head on by a car whilst riding home from work. My poor bike snapped in two and the back half melted to the ground. I have kept the front half as a memento to surviving such a crash.

Anyway, I've just moved out to a fairly rural location with loads of twisty roads and hills. Perfect fast supermoto stuff. So I'm keen to build myself a new bike. Just waiting for the right one to turn up but am in no rush. One always does if you just wait. 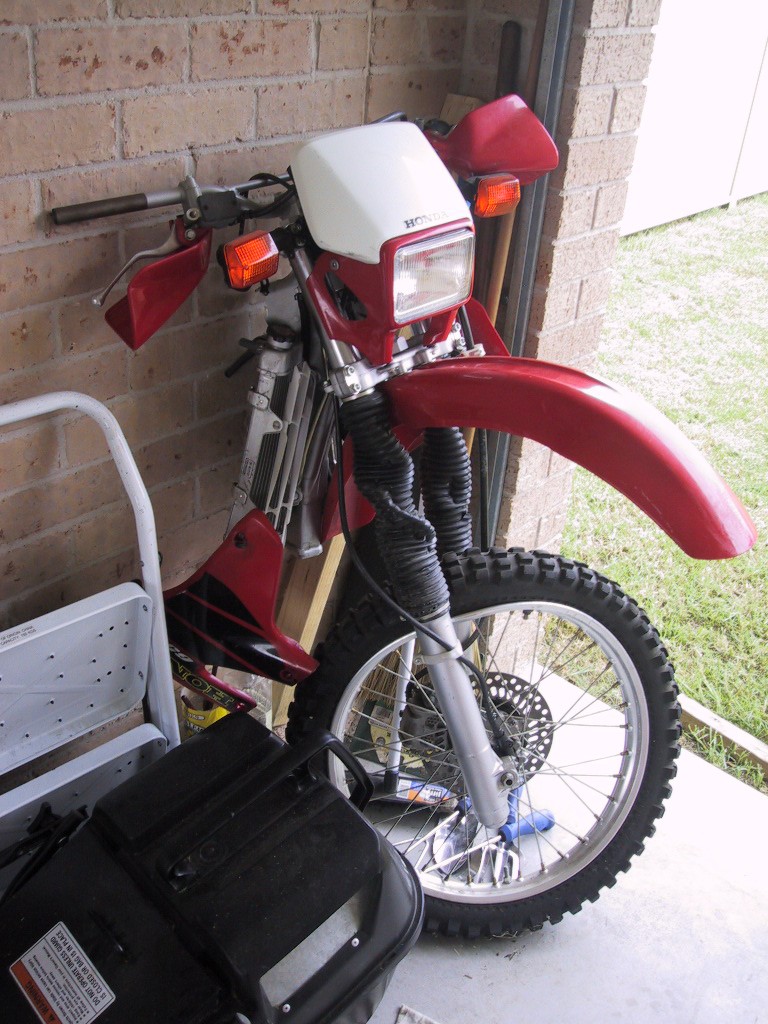 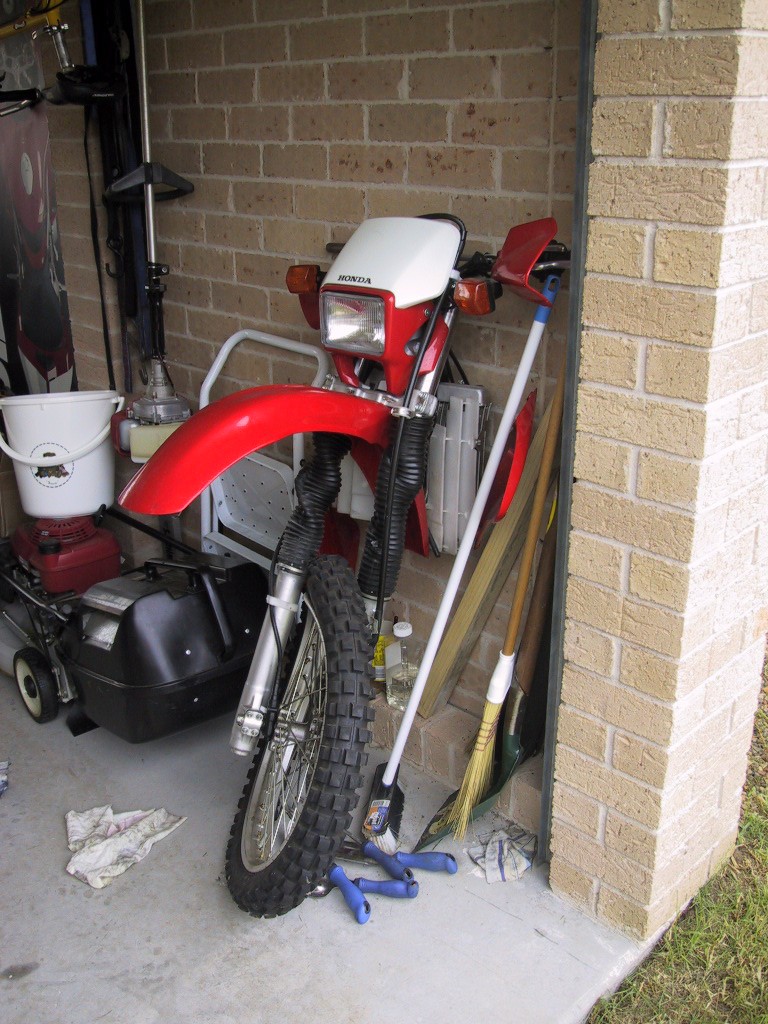 It would be great if the rest of the bike was on the outside of that garage!

You should mount it on the wall like a buck.

I wish it were too. I was extremely shocked at how the frame ripped apart. I still have a few pieces from the back end which I hope to use for my next one.

Plan is to mount it up on my new shed wall with my other memorabilia was we move into our new house in a couple of months.

good to know you survived the crash

greets from the netherlands

Only just survived. My parents were told by the doctors that my back pack was the only thing that stopped my neck breaking. I woke up in hospital about 24 hours after. All I remember is seeing the car, hitting the brakes, then flying over the top of the car looking backwards at it. Took me a while to walk again and had about 12 months of physio but I'm still here. Have had plenty of bikes since. Just been a couple of years now since I've ridden as I sold my fireblade just before my daughter was born and she is now 2.