Hello,
Just picked up a C.A. plated XR650R. It has a baja designs kit, skid plate, FMF pipe and it is uncorked.
I ordered a set of RC high bend bars, new headlight, xrs only tail light conversion.
I've been commuting to work every day for the past week and love the power of the bike. I'm 6'2" , 240 and the bike feels great.
Been reading up on this forum alot lately. Learned alot so far and hope to learn lots more !

Welcome to the forums, not over talkative in here but we do speak when spoken to

Oh bugger off Joe, you yanks buy these bikes for next to forkall, they're dirtcheap there...

Welcome, and welcome to your new addiction!

I also want to get a desert tank for it. and yes I got it beyond dirt cheap !!!! $700 as it sits. I've been looking for months for one. But I can't be picky at all for this price. Will also being doing suspension. Would like to find someone semi local that knows how to do the shim stacks so I can watch and learn.

This is where she sits as of now. I also picked up a BD rewound stator and dual 8" headlight setup. Doing a trip down to Baja in April. She also is wearing knobbies now ! 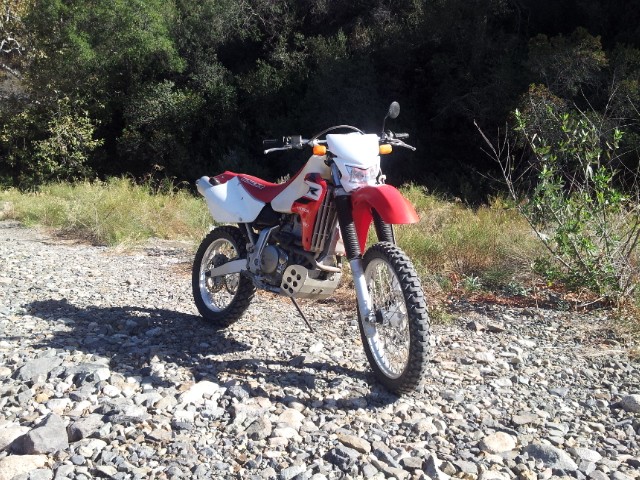 , do you have a brand name or some other info I can try to chase one down..

Got it off of ebay for $22. Doesn't light up worth a sh*t ! I'm taking the light out of it and putting in my new LED headlight from DDM Tuning. And then for night rides and Baja I'll throw on the dual " HID lights.

This is her as of this week. Acerbis hand guards, CRF450R front fender and suspension getting resprung and revalved to Borynack specs. Can't wait to feel the difference. Also new weather pack connectors for quick headlight swaps between LED and HID lights. 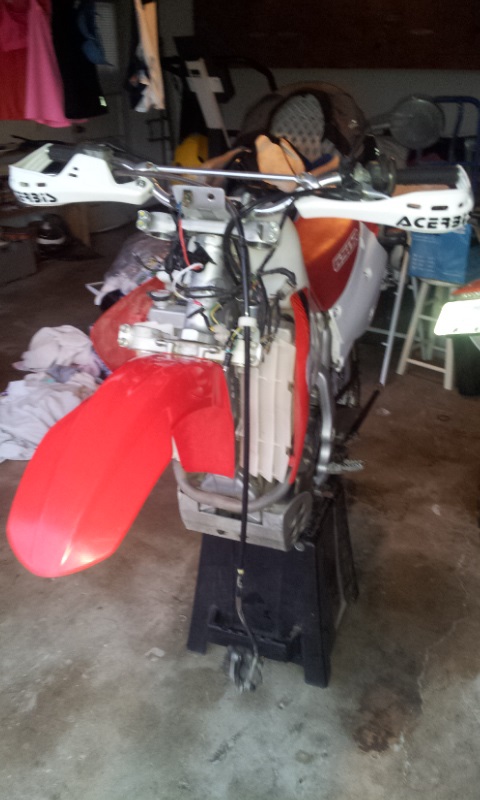 Nice bike! And nice to see you treating her right

Just as a side, I fitted the CRF front fender and it ate my OEM fork boots to bits. I think that the edges of the mudguard are slightly more "in" than stock, and so they simply caught on the rubber gaiter when compressed. I have not yet had a decent look, and have bought some neoprene boots as replacement which should fix the issue regardless

bigkuri wrote:Nice bike! And nice to see you treating her right

Just as a side, I fitted the CRF front fender and it ate my OEM fork boots to bits. I think that the edges of the mudguard are slightly more "in" than stock, and so they simply caught on the rubber gaiter when compressed.  I have not yet had a decent look, and have bought some neoprene boots as replacement which should fix the issue regardless

I trimmed the sides of the fender and rounded off the edges a bit. Hopefully it helps. If not, I'll be doing fork boots once a season but it still looks way better than that parrot nose factory front fender !

Oversized radiators , would be the wiser choice

Im looking into the setups required to turbocharge my xr,, its looking a lot more likely than i first thought, the turbo itself is very cheap, its all the setup that will cost the dosh. Im looking into a blow thru setup combined with a carb box/ intercooler, the trickiest part will be the ignition setup and the conrod conversion to a plain bearing bolt up variety Carillo h beam rod, this is required to get the reliability factor, looks like im gonna be busy over winter...!

No turbo charger for me. This will be my fun dual sport/adventure bike. Just got back my forks today. Will put it back together tonight and then the new stator and lights. Hopefully will have done by Sunday if time permits.

G'day Fellow XR650 Riders,
Firstly thanks for the reminder about the choke Off position being vertical. I bought the bike in 2000 and had pretty much forgotten how much fun it was as married life is such bliss one hardly needs to do anything but work...
My sons are now teenagers and showing an interest in the Red Devils, CRF's they tell me they are called now. So I thought it about time I showed them what a "Thumper" is. I took the lads for a squirt around the urban track, (otherwise known as a new residential subdivision) and their eyes were popping out of their heads (take that you Swiss KTM riders).
Actually when I was a young bloke a I traded in my old XL250SB on a new XR600 and oh what fun that was. I replaced about 6 rear tyres and sold it with the original front one, which apparently is pretty normal as it hardly ever touched the ground anyway! When I got the 650 and was running it in, it would not pull top gear, so I took it back to the Honda shop and complained. They said that was because they normally leave the restrictors in until it's run in, but because I'm pretty heavy they would take them out for me straight away. I rode it around the block, back into the shop and said, I think you better put 'em back in 'cause it's got to much snot! They cracked up laughing and said, yeah about 50% more than the old 600. Cheers Goanna Man

Well. I have the suspension back on. I also installed the BD high output stator. Wired everything the way it says and I have no lights. I feel electrically stupid at this point. Need to start from scratch and try to figure this out !

Finally got everything figured out. Suspension revalved. crazy difference. Pretty much got her dialed in and ready for Baja in May. Here's where she is now with the knobbies. 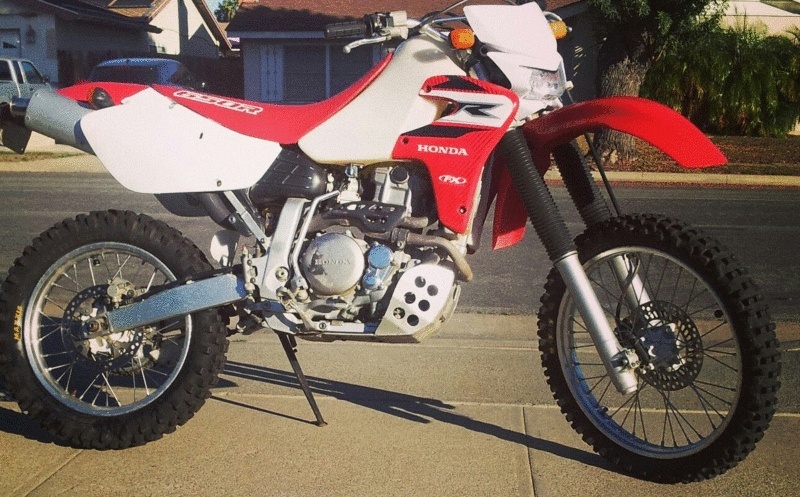